Measles is a highly contagious disease among persons who are susceptible. The Florida Department of Health investigates all individuals with measles who spend time in Florida while infectious, including residents and visitors. However, only Florida residents are included in Florida’s case counts reported to the CDC. 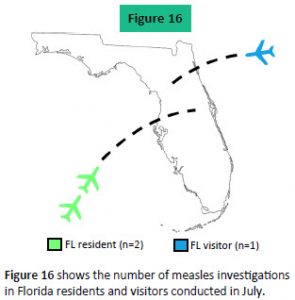